Every year, for World Rabies Day on September 28th, GARC calls on governments, organisations and individuals to hold events for World Rabies Day to raise awareness about rabies and its prevention, and to share these events with the global rabies community. This year, the response was once again overwhelming with local citizens, government officials, university lecturers, local NGOs, veterinary professionals and students sharing and astounding 195 events across 62 countries. 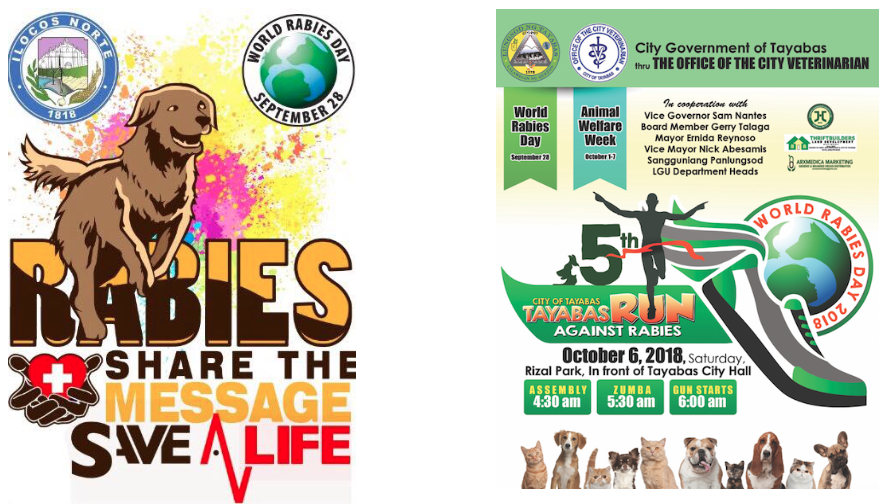 Examples of posters from the Quiz Bee event and the Tayabas Run, both held in the Philippines

The events registered ranged from free or low-cost vaccination clinics and government summits to athletic events and quiz competitions. In Zimbabwe 2,700 dogs were vaccinated and received orange collars to mark their participation; in Tunisia over 300 volunteers actively helped at 30 vaccination centres; in both these cases, education and raising awareness were coupled with the vaccination drives. In Zimbabwe, GARC’s ‘Want a friend, be a friend’ children’s activity book was used and in Tunisia, volunteers visited 100 primary schools to teach children about rabies prevention. Meanwhile, in Pakistan an awareness walk signalled the start of establishing a surveillance system with the government branding rabies a “priority zoonotic disease”.

Photos from the mass vaccination and education work in Zimbabwe

In India, talks were organized on the importance of a vet’s role in rabies prevention. At the World Small Animal Veterinary Association Congress, an expert discussion was held on managing the disease in Asia. Yemen held workshops that involved national and local government bodies, hospitals, universities and international charities.  The 2018 National Rabies Summit in the Philippines honoured provinces with exceptional rabies prevention efforts. 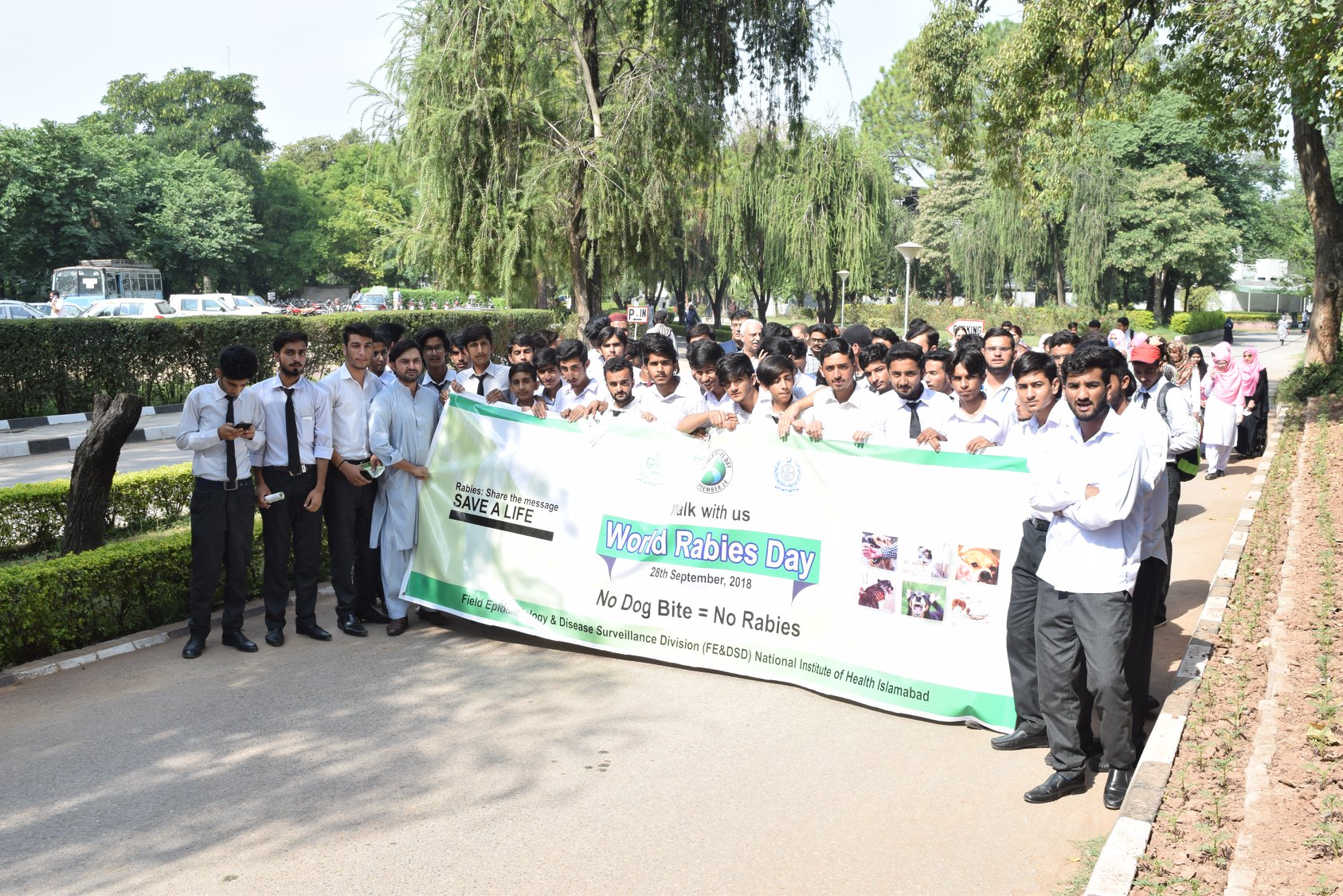 Photo from the Awareness Walk in Pakistan

Boehringer Ingelheim provided a generous donation of 75,000 vaccines for mass dog vaccination campaigns in Madagascar, through its Shots For Good programme in which it donated doses of rabies vaccine to GARC for every dose of vaccine purchased by participating veterinary practices.  The World Rabies Day Awards were held for the third year by GARC with MSD Animal Health to highlight the valuable work done in the community to eliminate rabies. Events were held in both rabies-endemic and rabies-free countries, highlighting the importance of these events in achieving and maintaining freedom from rabies.

GARC’s free downloadable resources helped support people’s efforts on the ground, with around 400 downloads of the Event Organising Toolkit and the 'Did you know…' social media toolkit.

Free access webinars were organised by the FAO, OIE, WHO and GARC and ran prior to and during World Rabies Day. For those who missed them, recordings can be found in the links online.

World Rabies Day is an event that attracts media attention for rabies, both through the established media channels and through social media networks. GARC’s 'Did you know…' social media campaign reached over 65,000 people on Facebook and Twitter, and on the day itself, thousands were reached using #WorldRabiesDay as the core hashtag.

World Rabies Day 2018 once again proved that creativity, cooperation and sheer willpower can make a big difference in local communities across the globe by Sharing the Message and Saving Lives!