Rabies is a problem affecting the wildlife in Namibia. As rabies is spread between wildlife and unvaccinated domestic animals it is passed very easily to humans. The way to minimize rabies contraction is to promote awareness and encourage vaccinations for domestic companion and working animals.

In 2018, the Foundation for Human Rabies Education and Eradication (FHREE) teamed up with the Cheetah Conservation Fund (CCF) to further their efforts in rural areas of Namibia. 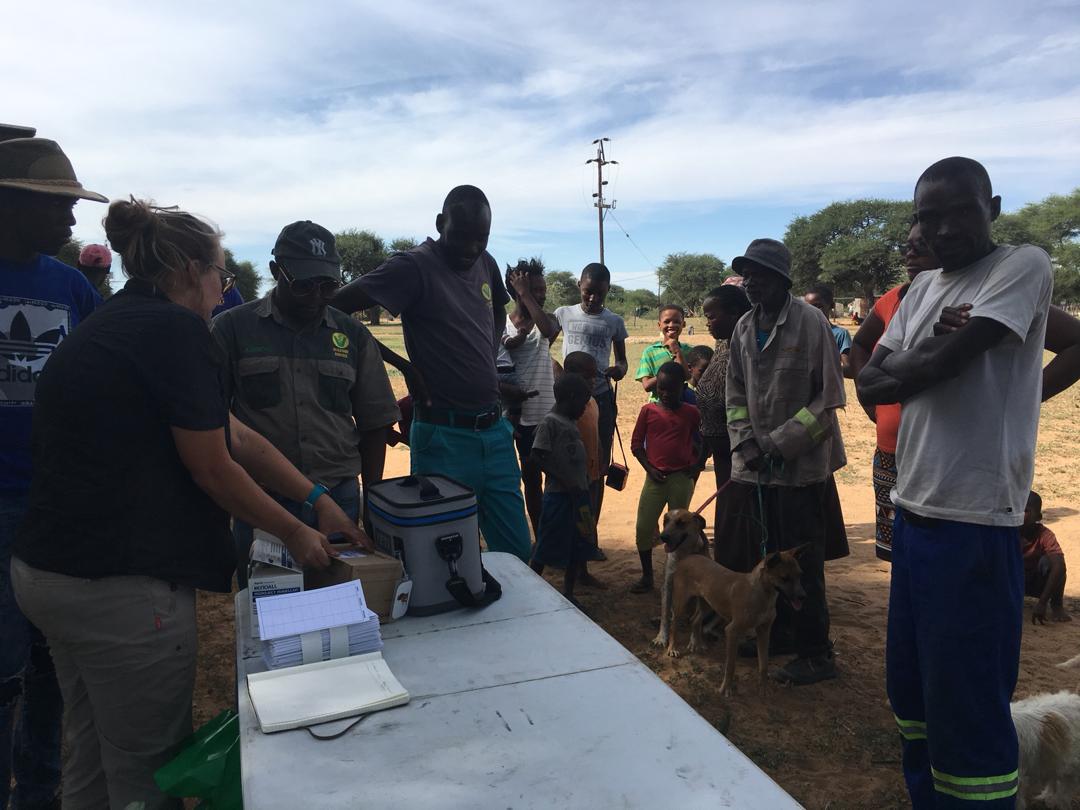 In 2018 for World Rabies Day the theme was Rabies: Share the Message. Save a Life. FHREE provided education materials and CCF set up a booth at their centre to promote this message. The response was so positive that it was decided to develop a One Health program to provide rabies prevention education and free/no costs vaccination as well as spay/neuter clinics in four conservancies. There is an estimation of 12,800 people in the four conservancies. Based on the assumption that there are on average five (5) people per household there are just over 2,500 households that need to be reached.

In March 2019, the first mobile clinic rolled into action. The CCF Veterinarian, Dr. Robin Gieling and her team traveled 2,185 kms throughout the Eastern Communal Conservancy where they visited 28 different villages and two (2) larger settlements. During this first trip they vaccinated 664 animals for 342 owners with Nobivac vaccines. 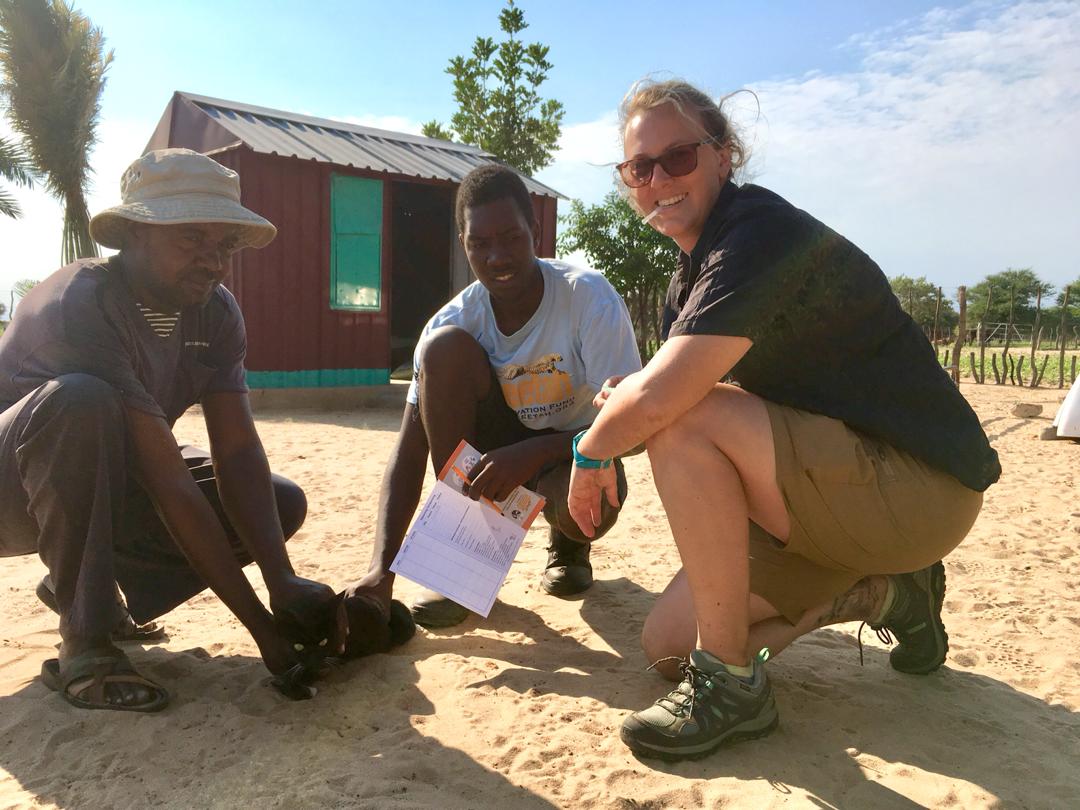 The Okamatapati Conservancy Chairperson, Mr. Edward, was actively involved during the actual vaccination campaign. Conservancy Chairperson of Otjituoo, Mr. Katjiveri, was also very helpful in spreading the word about the mobile clinic. They used many methods promoting the mobile clinic including posters, radio and community meetings. People were very enthusiastic about the campaign and grateful. Many inquired about castrating their animals, so this fall after additional funding is raised, additional mobile clinic services will include spay/neuter clinics. There are still many villages to reach so the next campaign will be held in the fall of 2019. In the areas that were visited the team managed to vaccinate 80-90 percent of the dogs. There were some dogs that were out with the herds that will be included in future visits. 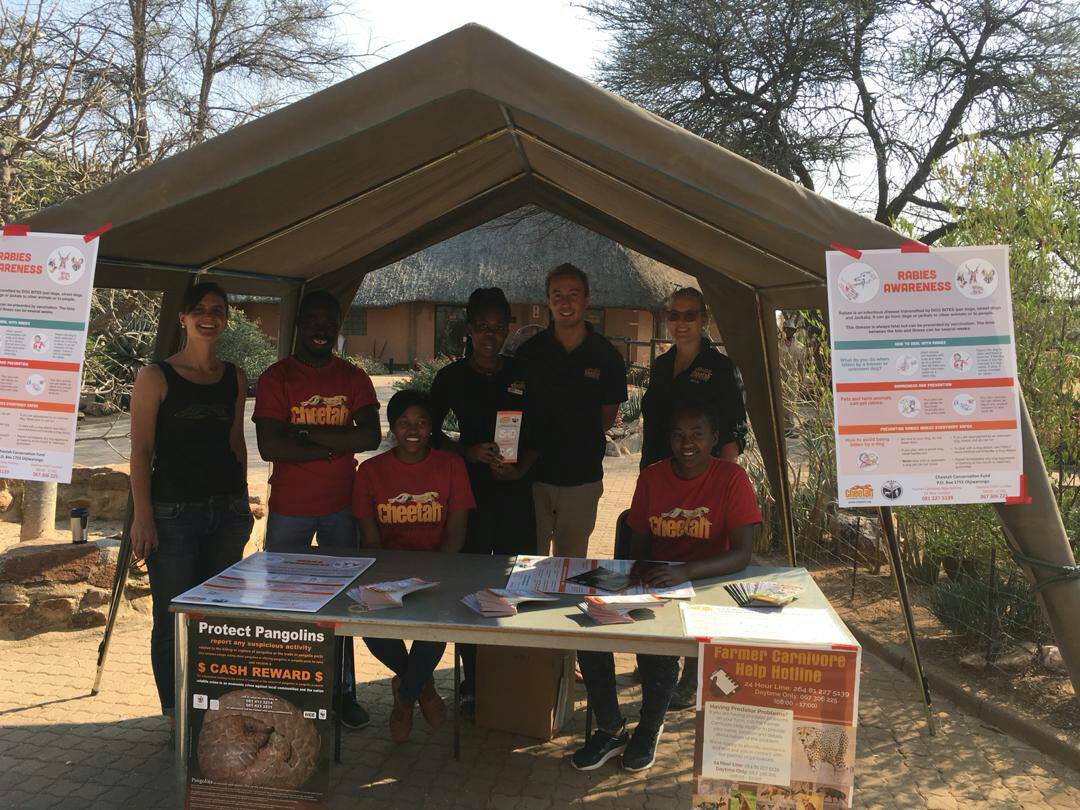 The CCF mobile clinic’s second trip took place in mid-June. The team led by Dr. Gieling traveled 1,208 km where they visited five remote villages that deal with human wildlife conflict cases. The Ministry of Environment and Tourism assigned two Okamatapati game guards to assist CCF on this journey. Due to the remoteness of the villages and smaller populations than the first areas visited, less than 100 animals were vaccinated for rabies and several livestock were examined and treated by Dr. Gieling.

In mid-July the mobile clinic team traveled another 1,600+ km in eight days to reach an additional ten villages where they vaccinated 296 animals (268 dogs and 28 cats). The veterinarian also provided advice and treatment to a number of injured livestock as requested by the area farmers. The team took the time to visit a youth event in Okamatujindo where they were able to present training about rabies prevention and human wildlife conflict. Rabies brochures were handed out and the CCF veterinarian was interviewed by Namibian Broadcasting Corporation (NBC) news crew regarding rabies awareness. The news story about rabies prevention aired nationally later the next week. (Video Link: https://www.youtube.com/watch?v=7oUmoPCkkl0) 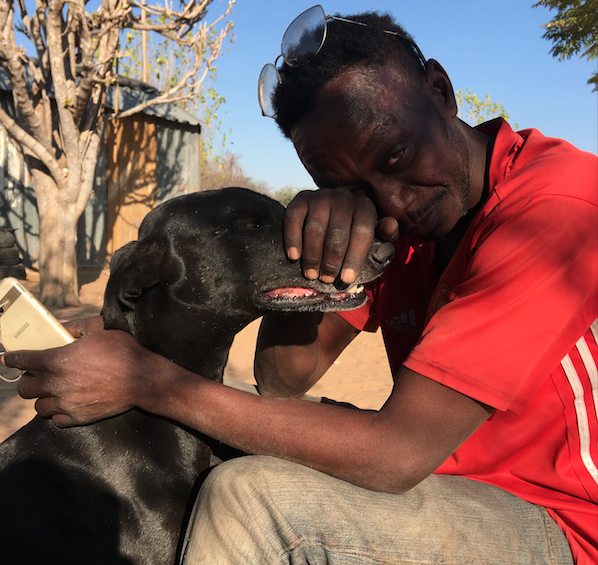 CCF continues to share information through informal lectures, educational materials at schools, conservancy meetings, training classes, and conferences throughout the region. Materials include colorful illustrated posters and pamphlets. Additional trips are planned. This One Health mobile clinic program also provided opportunities for CCF interns (Petoorua, Jill & Kendall) to participate in this very important program. Training the next generation to promote animal health care and how to implement programs that can eradicate rabies for future generations is very valuable.

CCF is planning on five more trips to the identified areas. Planning also includes providing a booster vaccination within the one year at which time there will be plenty of new younger animals that will need vaccinations.