The Big Fix Uganda makes communities part of the solution

The BIG FIX Uganda was the awardee in the Regional category for PARACON in the 2018 World Rabies Day Awards. View their profile and statement on receiving the award here. 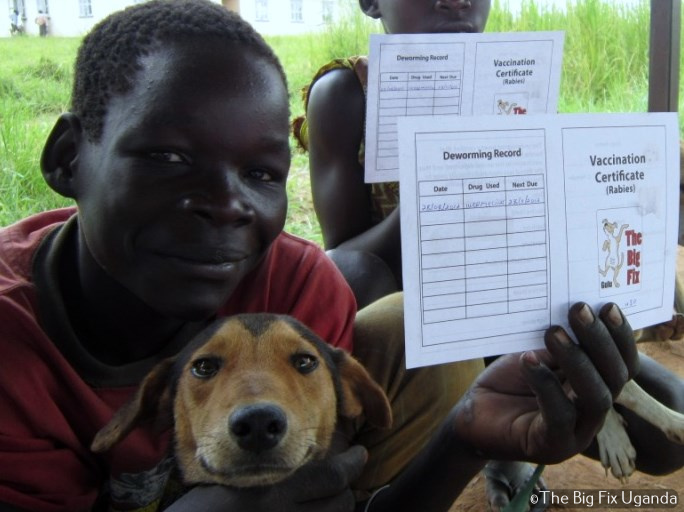 The BIG FIX Uganda is an NGO founded in 2012 by Sarah Schmidt, an American animal activist who was moved to respond to the complete lack of veterinary services in Northern Uganda following more than 10 years of conflict in the region.  As a result of the lack of veterinary services and vaccinations, rabies had become rampant in the region, causing many human and animal deaths.

Since 2012, The BIG FIX has administered more than 60,000 vaccinations at more than 360 village field clinics, performed more than 6,000 spay/neuter surgeries, and administered rabies education at more than 150 schools. It also established the region’s only veterinary hospital in 2016 which is open 365 days a year.  The BIG FIX’s other programs include using companion dogs to help war trauma survivors cope with symptoms of Post-Traumatic Stress Disorder (through its Comfort Dog Project) and running primary school animal kindness clubs. In 2019, the organization will be launching a community program to invite people to participate in dog guardianship classes. These classes will include rabies and animal health education and participation in dog training and grooming activities. 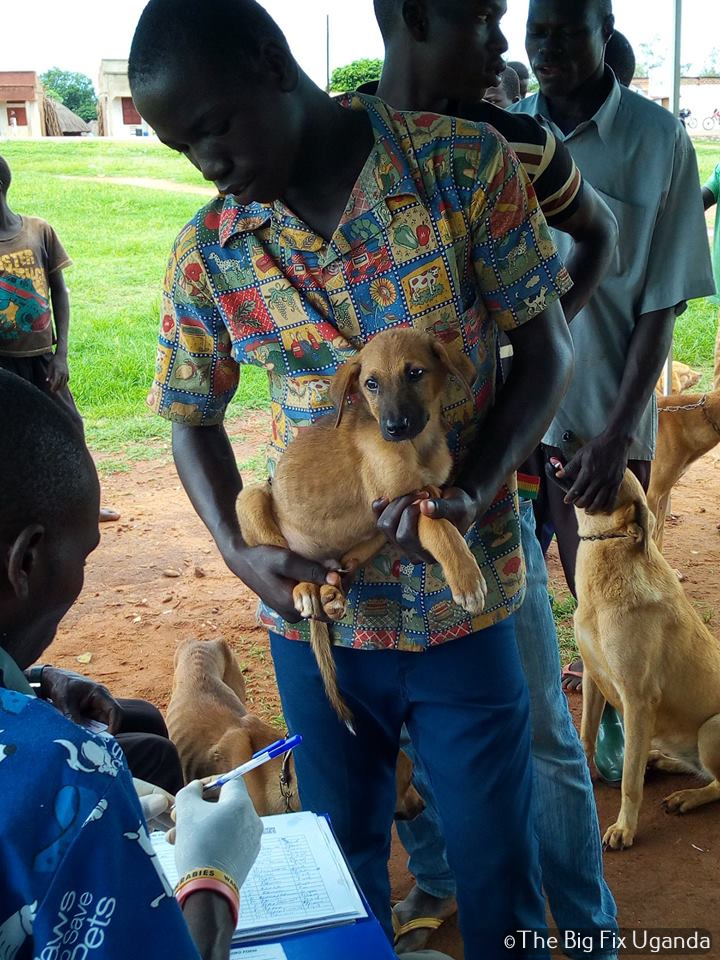 Northern Uganda’s local governments and district veterinary officers work in close cooperation with The BIG FIX Uganda to collect data annually and assess the region’s crisis areas for planning rabies outreach clinics. In addition, they rely on the services provided by The BIG FIX, as vet officers rarely have adequate resources to mount any substantial rabies response.

The World Rabies Day Award funds helped The BIG FIX Uganda to purchase 2,320 doses of rabies vaccines. These were used to vaccinate dogs in and around Minakulu in Oyam District. The clinics were held in memory of Apiyo Everlyn, a much-loved business owner from Minakulu Trading Center who died a horrible death in September 2018 following an attack by a rabid dog.  Fortunately, The BIG FIX’s education program, which includes a weekly radio program, had reached the citizens of Minakulu, and rather than responding to the rabies outbreak by killing local dogs, the citizens reached out requesting rabies vaccinations.

The Gulu Municipal Area has also had several outbreaks of rabies during the past 8 months, and 2 human deaths. There are large dog populations here, and it is an area that has been severely underserved to date. The BIG FIX aims to improve dog health and welfare through rabies vaccination and sterilization clinics to be held throughout the Gulu Municipal Area during 2019, thus preventing more human deaths. 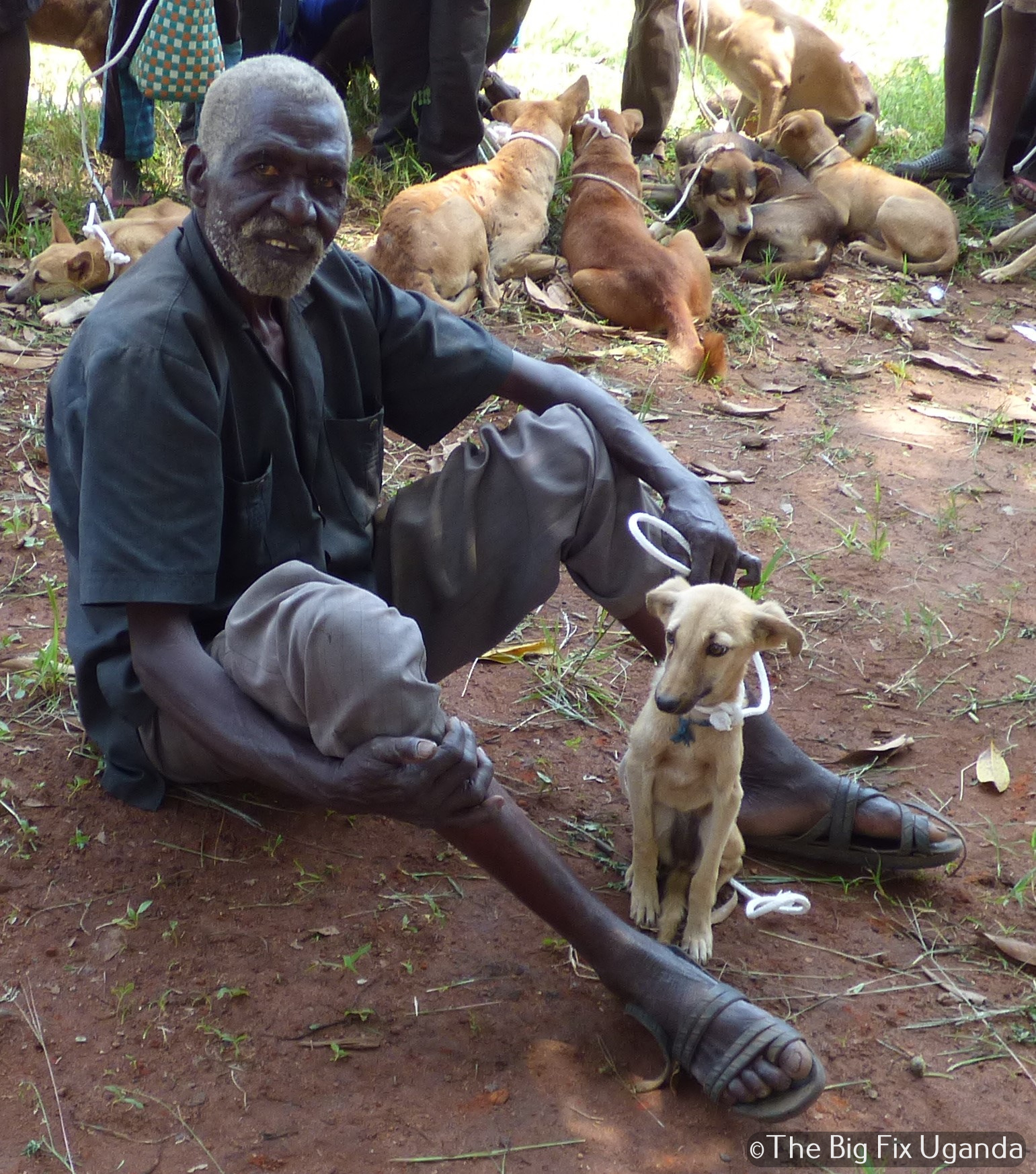