Bojan Veselica is the awardee in the Individual category for the MEEREB region in the 2017 World Rabies Day Awards. He is based in Prnjavor, Bosnia and surrounding areas where he works tirelessly to take in stray dogs, prevent rabies and provide humane and comfortable living conditions in the local dog shelter. 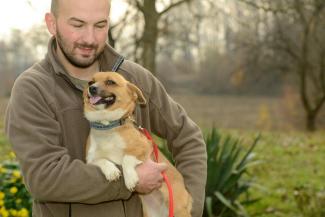 Despite working full-time as an IT engineer, Bojan has taken charge at a dog shelter which houses over 300 dogs, and over 100 dogs were adopted outside Bosnia in 2017.

His first priority for any dog coming into the shelter is vaccination against rabies and a number of other canine diseases, often paid for out of his own pocket. Where funds allow, he also takes them to be neutered, and he won’t allow a dog to be adopted until it’s been neutered and fully vaccinated.

As is common with individuals like Bojan, the constant struggle for funds and resources to continue the important work of vaccinating, sterilising and rehoming can be debilitating but as he says, ‘being awarded the WRD Award has given me a much needed moral boost to continue this hard and often thankless work … At times it seems a continuous and hopeless struggle but with the support and awareness of a wonderful organisation such as Global Alliance for Rabies Control it doesn’t feel so hopeless. My gratitude is enormous for the work that you are doing in eradicating this disease!’ 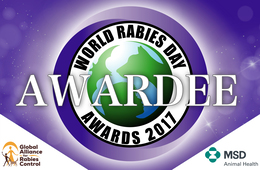 The World Rabies Day Awards are brought to you by MSD Animal Health and the Global Alliance for Rabies Control. The Awards recognise community rabies champions from across the world and this year there are even more opportunities to share the stories of people and organisations who are preventing rabies in their communities. Find out more about the Awards, how to nominate and the conditions of entry here.