In war-torn Afghanistan, rabies poses as another death trap. In Kabul there were 2,580 dog bites reported between 2003 – 2011, and 67 deaths reported there in 2012 (Islamic Republic of Afghanistan Ministry of Public Health, 2014). Nowzad fights rabies and improves animal welfare in this country, and their efforts were awarded with the 2017 World Rabies Day Award in the Asian organisation category.

For the past 10 years, Nowzad has spearheaded free spay, neuter and vaccination campaigns for owned pets, as well as mass anti-rabies vaccination drives for dogs, cats and cattle. They operate in a wide range of areas, from migrant camps and remote villages to foreign embassies. Nowzad’s multipurpose shelter was the first official animal shelter in Afghanistan and currently hosts over 150 dogs, 40 cats and 6 donkeys, and comes with a modern clinic. The clinic provides free vaccinations and sterilisations to owned and stray animals, and does a variety of complex surgeries such as amputations and tumour removals. 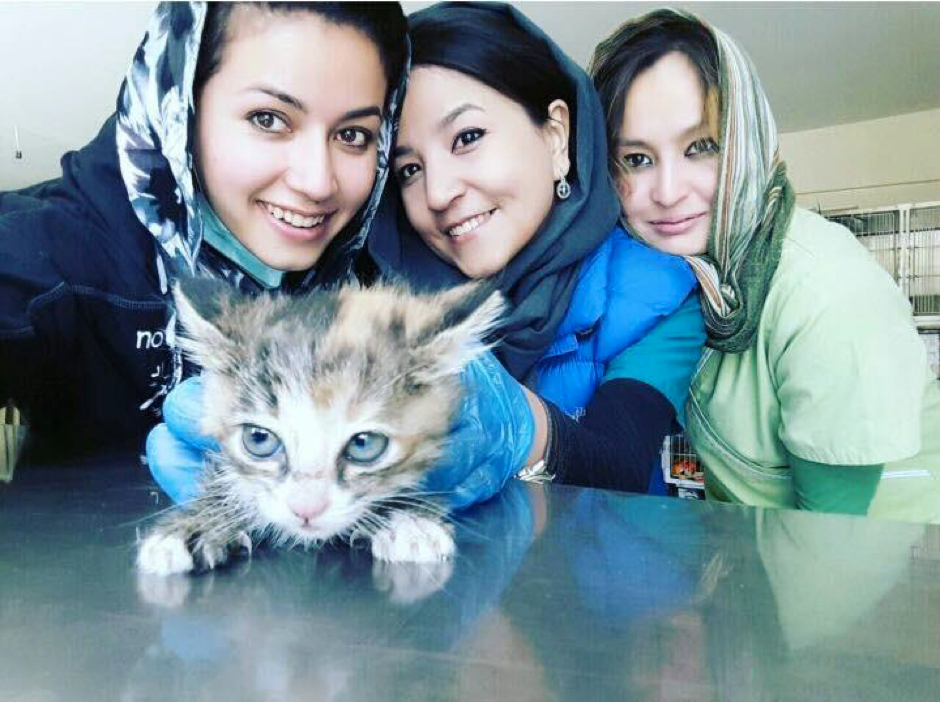 Nowzad also provides detailed clinical and rabies prevention training to over 100 veterinary students each year, in partnerships with local veterinary schools including the Kabul Veterinary University. They have managed to educate over 300 children and teenagers on the dangers of rabies and vaccinated over 2,000 dogs against rabies in the 10 years that they’ve been working in Afghanistan. 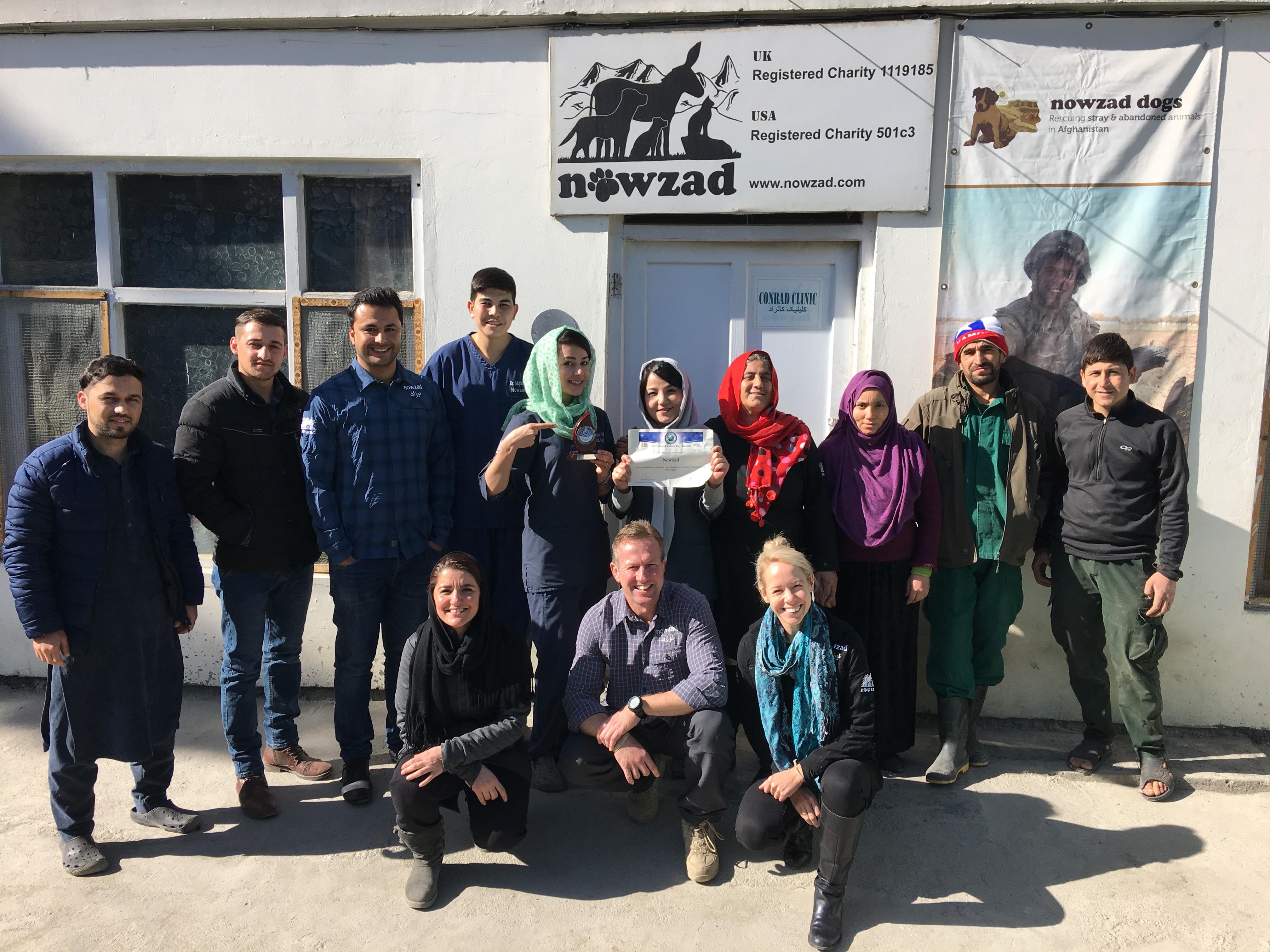 The challenges facing Nowzad are sizeable as they grapple with the lack of government/large-scale funding, and with the local councils’ approach towards stray population control.

“In Kabul, poisoned meat bait is the preferred method of controlling the stray dog population. If dogs do not eat the meat, workers use wooden sticks to lever the dogs’ mouth open and pour the poison directly down the dog’s throat,” said Hannah Surowinski, Director of Nowzad.

“This traumatic process often results in the animal suffering an agonizing and prolonged death, and the diseased dead dogs are a contamination risk. The poisoning method has also done nothing to dispel the myth that dogs are ‘dirty creatures’ and are a menace to society.”

“It is an honour to be recognized for our tireless work effectively reducing rabies in Afghanistan,” Miss Surowinski added. “This award has further inspired our resolve to work towards ending rabies for not only the dogs, but the cats, cattle and of course, people of Afghanistan too.”

Nowzad’s clinic boasts a five-strong veterinary team, three of whom are women – a groundbreaking achievement in Afghanistan. This team includes the first female veterinarians since the Afghan invasion. Nowzad continues to shatter boundaries, achieve milestones for animal welfare and advance the role of Afghan women in professional society.

The World Rabies Day Awards are brought to you by MSD Animal Health and the Global Alliance for Rabies Control. The Awards recognise community rabies champions from across the world and this year there are even more opportunities to share the stories of people and organisations who are preventing rabies in their communities. Find out more about the Awards, how to nominate and the conditions of entry here.