Most people will agree that a simple formula to ensure the success of a government program is to bring it down to the local level.

The Philippines’ Bureau of Animal Industry (BAI) has acknowledged the important role of barangays as the primary planning and implementing units of government programs. Thus, for the first time in the history of the Philippines, all the city veterinarians in Metro Manila worked together to conduct mass vaccination of dogs and cats in all barangays of Caloocan City, one of the most populous cities in the country. This activity is part of the celebration of the national Rabies Awareness Month which this year has the theme "Barangay Kaagapay, Laban sa Rabies Tagumpay" (when community works together, there will be success against rabies). This theme aims to highlight collaboration within the community as one of the key strategies in the fight against rabies.  The theme is also serving as a tool to increase public awareness on the danger of the disease and to encourage pet owners to register and have their dogs and cats vaccinated against rabies. 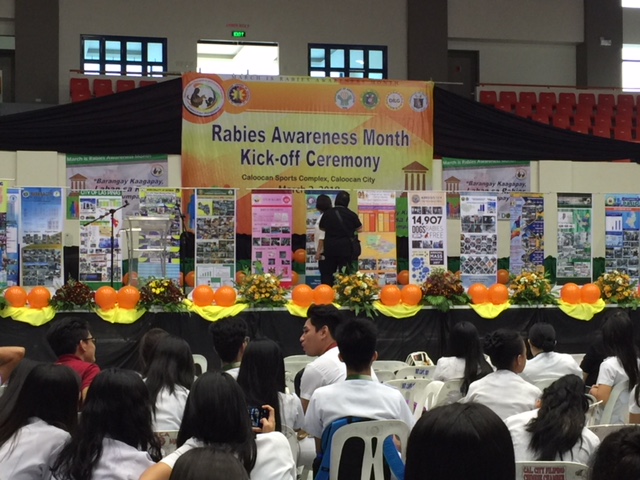 As the Philippines gears towards the elimination of the deadly disease, its government has acknowledged the efforts done by Local Government Units in the implementation of the Rabies program. Seventeen barangays from different cities of Metro Manila (one barangay per city) have been awarded as Best Barangay Rabies Program Implementers to recognize their efforts in educating the community and vaccinating dogs and cats. This has proven that local initiatives are found to be effective in eliminating rabies both in the human and animal populations. Other activities during the national kick-off celebration on 2nd March 2018 at the Caloocan City Sports Complex included a motorcade, pet blessing and poster making contest for high school students, and rabies film showing and seminar. 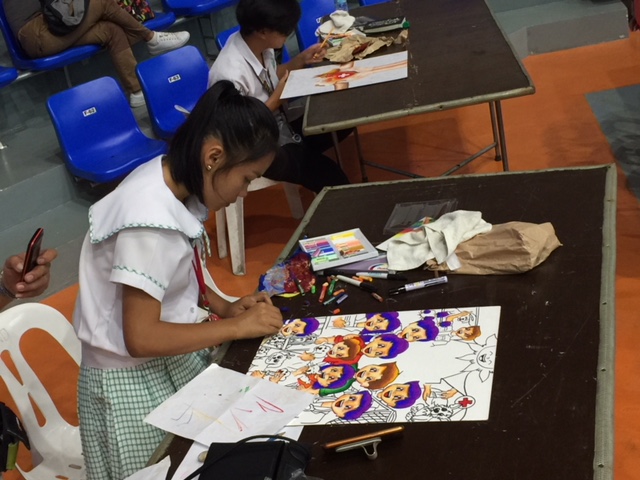 GARC headed the panel of judges for the poster making competition, which also included representatives from the Research Institute for Tropical Medicine, Military Veterinary Association of the Philippines, Bureau of Animal Industry, Veterinarians Love Nature, Department of Interior and Local Government, among others (photo credit: GARC)

A Memorandum Circular from the Department of Interior and Local Government was also issued to encourage all local government units to organize community awareness activities to celebrate the Rabies Awareness Month. In one of the cities in Metro Manila, Muntinlupa City, a dog walk and fun run was held on 25th March 2018 to increase the community’s involvement in the campaign against rabies.

Currently, the Philippine government is now stepping up its efforts to control the incidence of rabies by providing free medication for animal bites and rabies infection as well as conducting mass vaccination, stray dog control measures, dog spaying and castration nationwide. The Department of Agriculture (DA) and Department of Health (DOH) are also working together to establish more rabies-free areas. To date, a total of 46 Rabies- Free Zones were declared in the country since 2008.

Recognizing the value of shared responsibility between government officials and community, BAI encourages the residents of barangays to contribute towards eradicating rabies in the country by doing the following:

- Be a responsible pet owner.
- Provide your pets with adequate food and comfortable shelter.
- Do not let your pets roam around the streets without leash.
- Have your dogs and cats vaccinated against rabies.
- Share what you have learned from the experts.

Keep in mind that these small actions can lead to big changes. The acts might seem insignificant, but they can have a large impact. By doing so, everyone at the community level can be involved to achieve the global goal of ending Rabies by 2030.