The ARACON meeting from a participant's point of view.

The first meeting of the Asian Rabies Control Network (ARACON),organized by the Global Alliance for Rabies Control (GARC) was held from 12 – 14 March 2018 in Bangkok, Thailand. The meeting was attended by 48 participants representing 13 Asian countries. 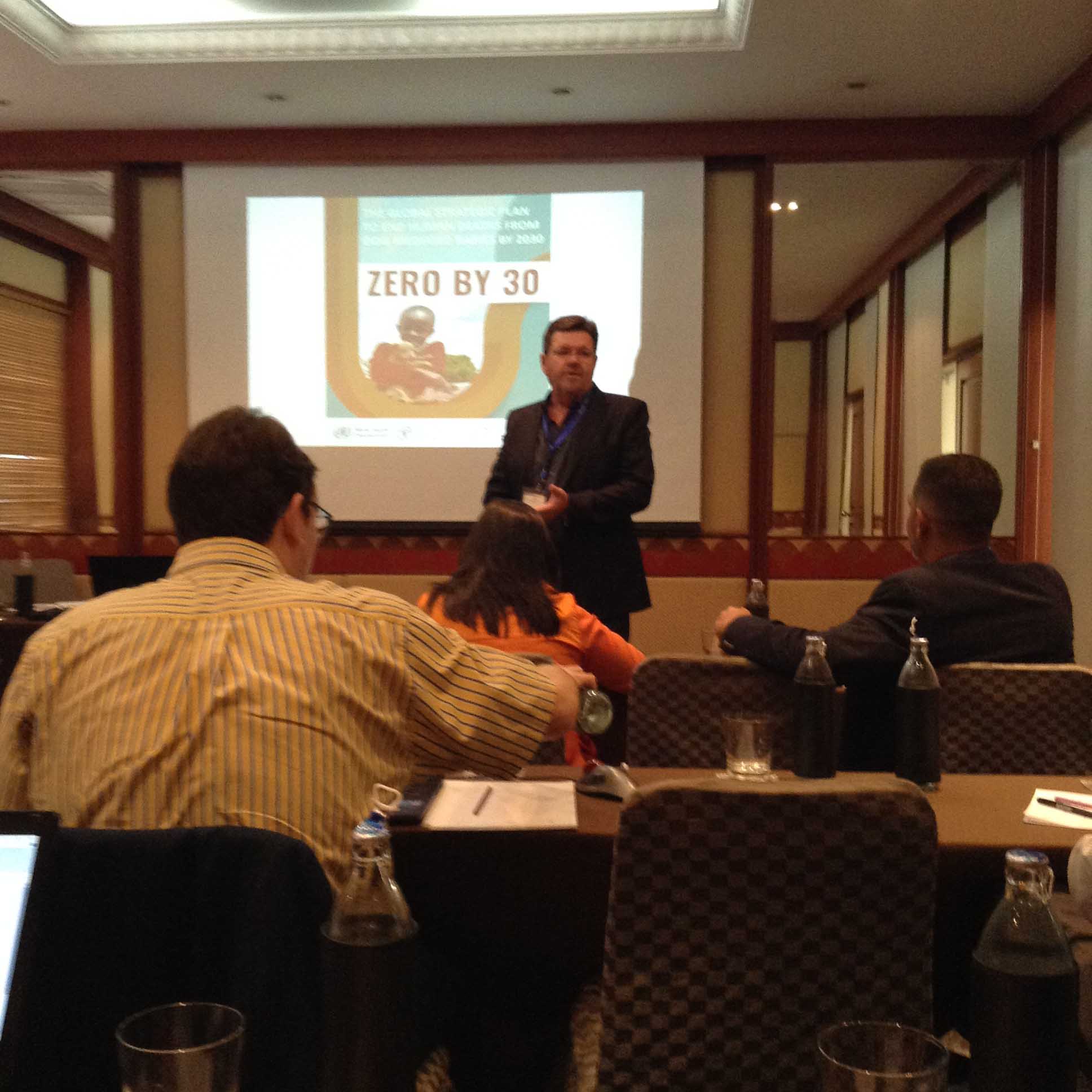 The Pre-ARACON Experts Meeting which was held the day before the ARACON meeting was attended by key partners of rabies elimination. And the ARACON meeting was attended mainly by the country representatives together with key partners. GARC had invited representatives from both the human and animal health services ensuring a One Health approach to rabies control. I was fortunate to be invited to both the Pre-ARACON Experts Meeting and ARACON meeting.

The participants were provided with an understanding of the tools GARC has developed to help countries to plan, execute and monitor rabies elimination programs. These tools included the Stepwise Approach towards Rabies Elimination (SARE), Rabies Epidemiological Bulletin (REB) and the DHIS2 system. Further, the participants were provided information on collaboration between WHO and GARC for collection and sharing of rabies data, and how this collaboration can possibly extended to include other international organizations such as the OIE and FAO.

The first thing I felt at ARACON was the positive vibration; everybody was so enthusiastic and highly motivated to end rabies. Everybody was keen in finding ways that worked effectively and was freely sharing their experiences and learning from each other and networking.

I was very much impressed with the SARE tool that has evolved since 2015 when I first used it. It has become more comprehensive and user friendly. The participants were grouped according to their countries and were asked to evaluate the rabies elimination work that was being implemented in their countries using the SARE tool. This provided me with a good opportunity to work with Dr. Kanthi Nanayakkara and Dr. Tikiri Wijethilake who were representing the human and animal health sectors of Sri Lanka respectively. The SARE score provided an idea about the achievements we have made and activities we need to follow through to make Sri Lanka rabies free. We returned with the determination to carry forward what we leant to make Sri Lanka dog rabies free by 2030.

You can read more about ARACON here and find out how to get involved.

- Dr. Ganga de Silva, Director Operations, Blue Paw Trust, Sri Lanka. Blue Paw Trust is a local charity which played a major role in formulating a One Health based national strategy for rabies elimination in Sri Lanka together with the Ministry of Health and the World Health Organization in 2011 and since then has been involved in implementing the national strategy together with government organizations.